Banasa was an ancient city of the province of Mauretania Tingitana in modern-day Morocco, situated on the road from Tingis to Sala. Its ruins are located on the southern bank of the river Sebou which Pliny (5.5) described as “Sububus magnificus et nauigabilis” (a fine river available for navigation). Banasa was one of the three coloniae in Mauretania Tingitana founded by the emperor Augustus between 33 and 27 BC for veterans of the battle of Actium.

The site appears to have been occupied as early as the 4th century BC by pottery workers whose activities continued until the 1st century BC. The Banasa potters produced characteristic painted wares inspired by the Phoenician, Greek and Ibero-Punic models that were exported rather widely in the region. A Mauretanian village of some size stood there in the 3rd and 2nd centuries BC and it was on this site that Augustus established the veterans’ colony Iulia Valentia Banasa.

At the start of the reign of Marcus Aurelius, Banasa became Colonia Aurelia Banasa. In 285 AD, the Roman province of Mauretania Tingitana was reduced to the territories located north of the Lixus and Banasa was abandoned.

The archaeological excavations undertaken between 1933 and 1956 exposed the remains of the Roman era. The buildings uncovered include a forum flanked to the north by a rectangular basilica, a temple with 6 cellae, public baths, a macellum as well as streets in a regular pattern. Shops, oil-making installations and several bakeries have also been uncovered. Many of the buildings date from the early 3rd century AD. Beautiful mosaics decorated the buildings which are now shown at the Rabat Archaeological Museum.

The epigraphical documents found at Banasa are exceptionally rich, the bronze inscriptions being especially noteworthy. An important legal text, the Tabula Banasitana (see image here), dating from the period of Marcus Aurelius and Commodus was unearthed in 1957 in the East Baths complex. This inscribed bronze plaque, now in the Museum of Antiquities in Rabat, deals with a conferment of citizenship under Marcus Aurelius on 6 July AD 177; at his own request, Iulianus, a princeps of the Zegrensi tribe, and his family are granted Roman citizenship for extraordinary service (maxima merita), without prejudice to his tribal rights (salvo iure gentis). Another bronze inscription from Banasa deals with the edict of Caracalla exempting the inhabitants of Banasa from taxes in 216 AD. 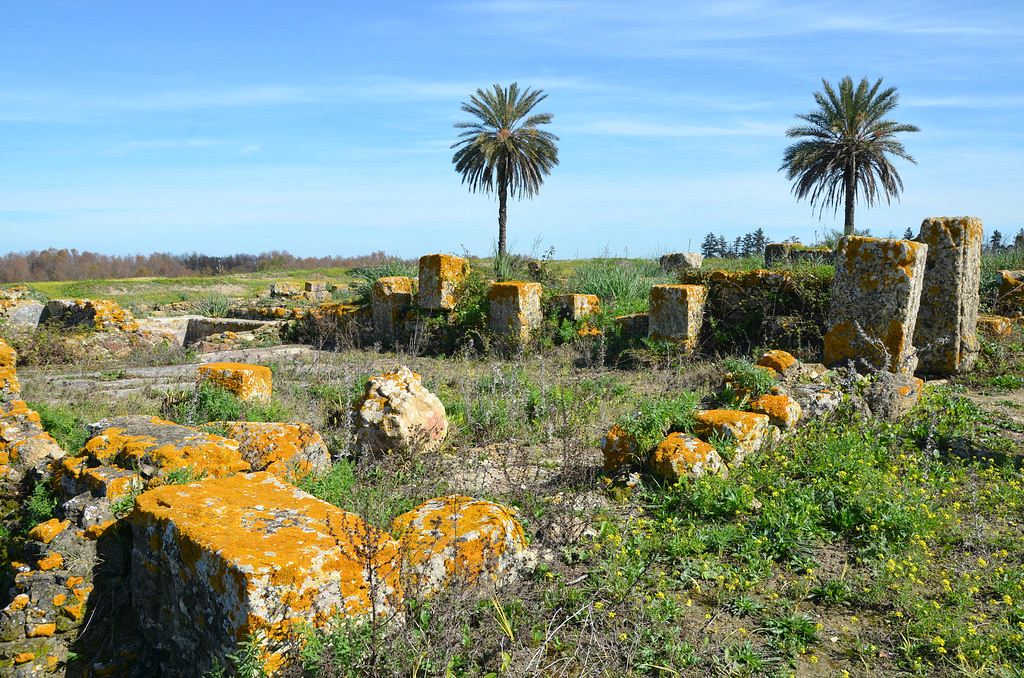 The ruins of Volubilis sit in the middle of a fertile plain about 33km north of Meknès in northern Morocco, near the heights of the Atlas Mountains. Considered as the ancient capital of the kingdom of Mauretania, Volubilis developed from the 3rd century BC onwards and became an important outpost of the Roman Empire. The ancient city is the best-preserved archaeological site in Morocco and was declared a Unesco World Heritage site in 1997. Extensive remains of fine buildings and many beautiful in situ mosaics survive in the archaeological site. 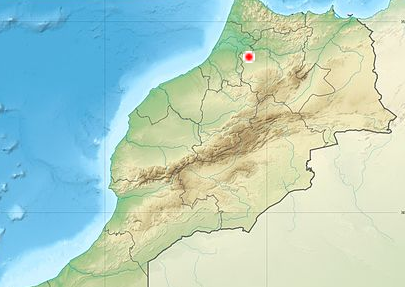 Volubilis was a Roman settlement constructed on what was probably a Carthaginian city, dating from 3rd century BC. In the 1st century BC, under the Mauretanian king Juba II, Volubilis became a flourishing centre of late Hellenistic culture. Annexed to Rome about 44 AD, the city grew rapidly under Roman rule and was made a municipium (a community that exercised partial rights of Roman citizenship) by Claudius as a reward for supporting Rome against Aedmon’s rebellion. It became the chief inland city of the Roman province of Mauretania Tingitana.

From the the 1st century onwards Volubilis expanded spectacularly due to the wealth and prosperity derived from the fertile lands of the province which produced valuable export commodities such as grain, olive oil and wild animals for gladiatorial spectacles. During the 1st century AD major urban structures were constructed; the Forum (probably Neronian), two sets of baths (Flavian), temples and two streets grids with different orientation. The aqueduct that fed the first baths was built between 60 and 70 AD. The urban landscape was formed of houses with shops along their facades, bakers, and, particularly, oil pressing complexes. The latest are so numerous that they suggest that the olive was one of the principal riches of the town.

Under the emperor Marcus Aurelius in 168-169 AD walls surrounding the city were constructed, including eight monumental gates flanked by towers. At that time Volubilis occupied an area of 42 hectares. Further additions came during the Severan dynasty between 193 and 235 AD when a new monumental centre was created, including the capitoline temple, the civil basilica and the remodelled forum. A monumental arch was added during the time of the emperor Caracalla. It was built in 217 AD by the city’s governor, Marcus Aurelius Sebastenus, to honour the emperor and his mother Julia Domna. It was meant to thank them for having bestowed upon the inhabitants of Rome’s provinces Roman citizenship and tax exemption. Also dating back to this period are the richly decorated houses with peristyles, pools and large mosaic floors, numerous bakeries, and about one hundred oil presses attesting to the thriving economy of this Roman outpost.

Towards the end of the 3rd century AD, the Roman administration and army withdrew from the area as a result of the Diocletian reorganization of Mauretania Tingitana. The city fell to local tribes and continued to be inhabited for at least another 700 years, first as a Latinised Christian community, then as an early Islamic settlement. In the late 8th century it became the seat of Idris ibn Abdallah, the founder of the Idrisid dynasty and the state of Morocco. By the 11th century Volubilis had been abandoned after the seat of power was relocated to Fes.

Archaeological excavations began in 1915 and continue to this day. They have exposed a large part of the town (more than 20 ha.), but much remains to be excavated, particularly in the area occupied in the post-Roman period.