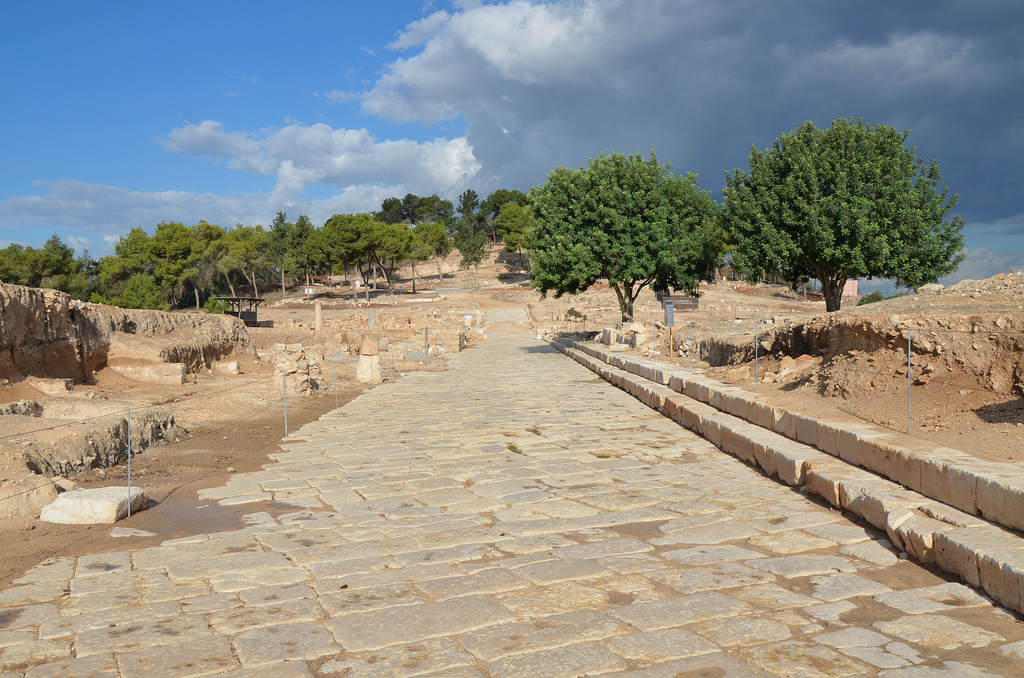 Sepphoris, also known as Diocaesarea, lies 289 metres above sea level on a hill in the heart of the Galilee province, about 5 kilometres west of Nazareth. Its history can be traced back to the Persian period (ca. 539-332 BC) but the city started to grow during the Hellenistic period. Herod the Great built a royal palace here and, after his death in 4 BC, his son Herod Antipas made Sepphoris the capital of his government. The city may have derived its name from the word tzippori, a variant of the Hebrew word for bird; tsippor. A passage in the Talmud seems to confirm this theory as the city is described as being “perched on the top of a mountain, like a bird”.

Josephus, the first-century Romano-Jewish historian, said that Sepphoris was the largest city in Galilee and stood as an exceptional strong fortress at the time of the First Jewish Revolt in AD 66. Sepphoris was one of the cities that remained loyal to Rome. It refused to take part in the revolt and was spared destruction. After the suppression of the revolt in AD 70, the city was transformed from a Galilean town into a Roman polis boasting governmental institutions and public buildings. Sepphoris even minted coins bearing the legend Eirenopolis “City of Peace” in honour of Vespasian.

Sepphoris reached its peak of 15,000-20,000 inhabitants by the 2nd century AD. Over the years, public and private dwellings embellished with colourful mosaics sprung up throughout the Roman city, including a temple, a forum, bathhouses, a theatre and a large water reservoir. Hadrian changed Sepphoris’ name to Diocaesarea (city of Zeus and Caesar) probably in AD 120 and built a new road leading from Caparcotna and its military base of Legio to Diocaesarea (as recorded on milestones dated to AD 120 and 130).

In the following years, Diocaesarea continued to prosper while the city’s population included pagans and Christians living alongside the Jewish population. A number of churches were built in the Byzantine period and a total of 18 synagogues were referred by Talmudic sources (although only one synagogue, built at the beginning of the 5th century AD, has so far been discovered).

Diocaesarea retained its urban plan throughout late antiquity and continued to flourish until the decline in the Early Arab period in the 7th century AD. In Crusader times, sections of the city and the fortress were rebuilt. The city was renamed “Le Sephorie”, preserving its ancient name.

Sepphoris was first excavated in 1931 by Leroy Waterman of the University of Michigan and major excavations were conducted during 1983-2003. Today the ancient site is a National park (Zippori National Park) and, even in ruins, a highly recommended archaeological site.