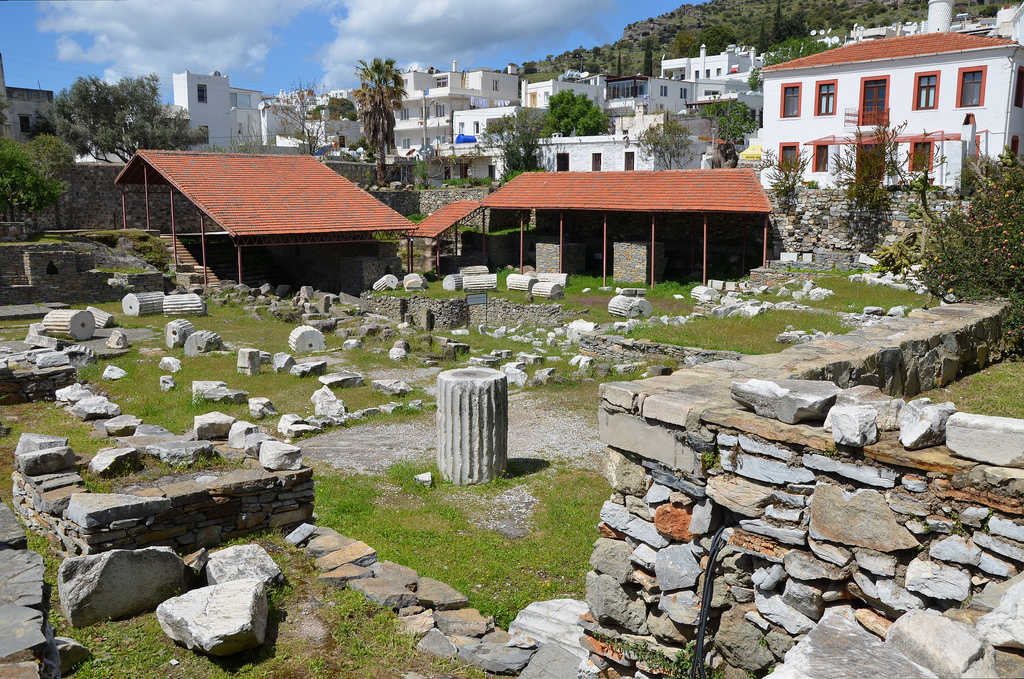 Halicarnassus was an ancient Greek city at the site of modern Bodrum in Turkey. It was located in southwest Caria on a picturesque, advantageous site on the Ceramic Gulf. The city was famous for the tomb of Mausolus, the origin of the word mausoleum, built between 353 BC and 350 BC, and one of the Seven Wonders of the Ancient World. It was part of the Persian Empire until captured by Alexander the Great at the siege of Halicarnassus in 334 BC.

The Mausoleum was built as a tomb for the Persian Satrap Mausolus, a member of the Hecatomnid dynasty who governed Caria from 377 to 353 BC. Mausolus moved his capital from Mylasa to Halicarnassus. He founded many cities in the Greek model and encouraged Greek democratic traditions.

When Maulosus died in 353 BC, his queen Artemisia (also his sister) decided to build him the most splendid tomb in the known world. It was an elaborate tomb 135 feet (41 m) tall and ornately decorated with fine statuary and carvings in relief. It was destroyed by a series of earthquakes and stayed in ruins for hundreds of years until it was completely dismantled in 1494 and used by the Knights of Malta in building their castle at Bodrum. The modern word for a monumental tomb, “mausoleum”, derives from the Latin form of Mausolus’ name. Many statues and reliefs from the Mausoleum were carried to London’s British Museum in 1856, where they have been on display since then (see images here). At the site of the Mausoleum, only the foundation remains as well as a small museum.

Just a short distance from the Mausoleum lies the theatre, the best-preserved structure of ancient Halicarnassus. It is located 50 meters above sea level and overlooks the bay and the islands, providing a great background for the spectators. The theatre was built in the 4th century BC during Mausolus’ reign and was enlarged in the 2nd century AD. The original capacity of the theatre is estimated at 10,000 people, whereas the present capacity is almost 4,000.

One thought on “Halicarnassus”