Narona was an ancient city located in the Narenta Valley in present-day southern Croatia near the border with Bosnia-Herzegovina. The valley, home to the ancient Illyrian tribe, served as the route for the exchange of goods between the Mediterranean, the Adriatic Sea and the Illyrian hinterland. Narona became a major Roman stronghold and had a Roman temple building dedicated to Augustus known as an Augusteum.

The harbour settlement of Narona began its life in the Late Classical period. It was first mentioned by the Greek geographer Pseudo-Skilak in the 4th century BC who mentions an emporion 80 stadia from the sea.

“And from Nestians is the Naron river: and the voyage into the Narona is not narrow: and even a trireme voyages into it, and boats into the upper trading town, being distant from the sea 80 stades.” – Pseudo-Skylax, 24.

Narona developed into an urban settlement in the Late Republic and remained an administrative centre until its abandonment in the 7th century following the Avaro-Slavic invasion. It served as a centre for several Roman military campaigns against the Delmatae and other Illyrians whose trading community was established there since the late 2d century BC. Narona became part of the Roman province of Dalmatia and reached its peak of prosperity and strategic importance in the Augustan age when it became a major Roman stronghold and received the status of Colonia (Colonia Iulia Narona).

Archaeological research conducted in 1995 and 1996 led to a sensational discovery of the remains of a Roman temple – the Augusteum – and seventeen monumental marble sculptures of Roman emperors and their family members. The Augusteum seems to have been built in about 10 BC and was later dedicated by Publius Cornelius Dolabella, the governor of the province of Dalmatia.

The Augusteum had four columns across the front supporting a triangular pediment and a single chamber (cella) with a mosaic floor. At the beginning of the temple history, the Augusteum had only a small podium on which were placed statues of Augustus and his wife Livia (and perhaps Agrippa, Augustus’ right-hand man). After Augustus’ death in 14 AD, Publius Cornelius Dolabella, the governor of Dalmatia, added two more statues of the imperial couple, as well as one of the new emperor Tiberius. There were further additions over the next decades (Claudius, Vespasian) and the podium was extended along two more sides of the cella. The heads of most of the statues are missing but those of Vespasian and one of the Livia still survive. The head of Livia was acquired by British archaeologist Arthur Evans in 1878 who carted it back to the Ashmolean Museum (see picture here). The head was re-united with its body at an exhibition in Oxford in 2004 (source: Guardian). The statues were vandalized in the 4th century when Christianity replaced paganism as the official religion of the Roman Empire.

The remains of the Augusteum with its gallery of imperial sculptures became the core of the Narona Archaeological Museum. Built on the ruins of the ancient town, the museum opened to the public in 2007 and is first museum in Croatia located in situ. The museum contains other finds discovered during the excavations in the area around the temple; sculpture fragments, coins, glass, metal and bone artefacts, pottery and oil-lamps. The exhibition includes a total of roughly 900 finds allowing us to track the city’s history from the end of the 3rd century BC through the 15th century AD. 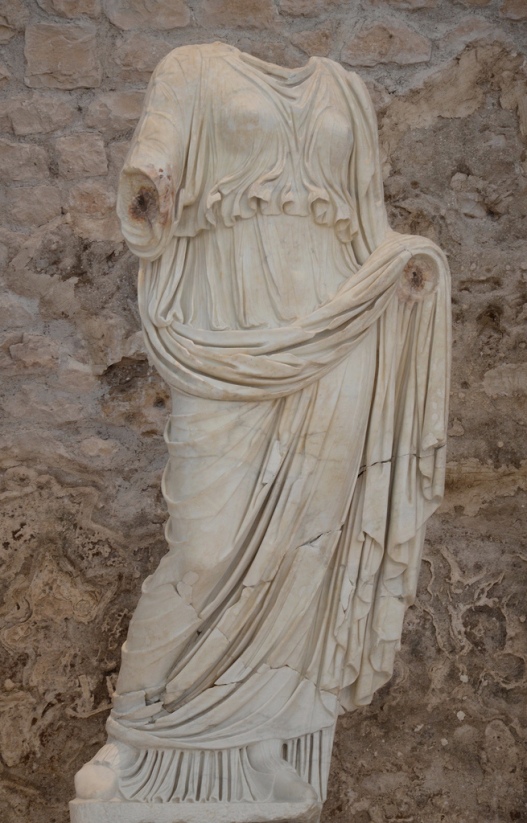 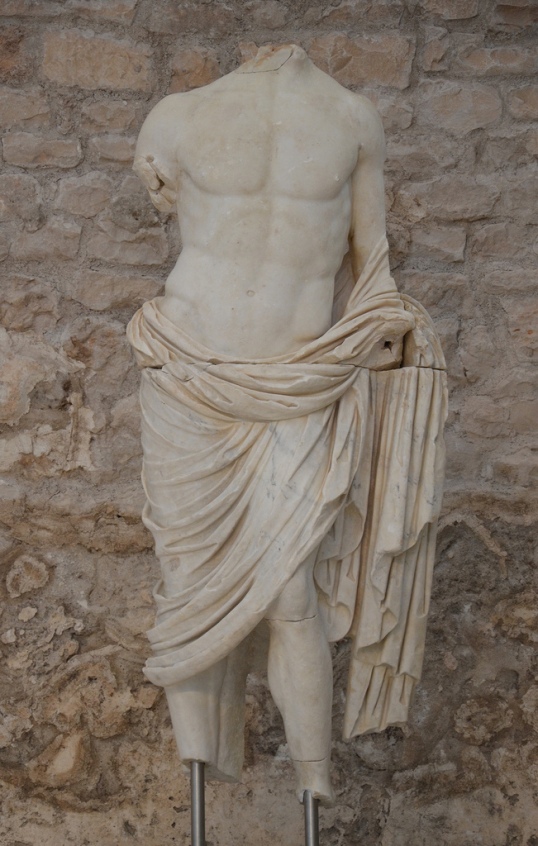 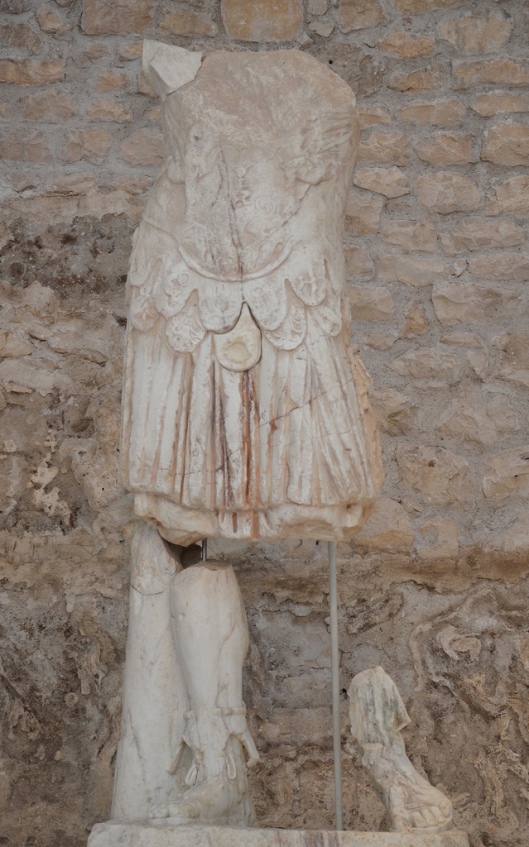