Shushtar is one of the oldest cities in Iran, well known for its many historical and architectural wonders. It is located in the Khuzestan Province, approximately 92 kilometres of Ahvaz, and crosses the large river Karun (the ancient Pasitigris), Iran’s most effluent river. Known as Šurkutir in the Achaemenid period, the old city was situated on the Persian Royal Road which connected Susa, the capital of Elam, and Persepolis, the capital of the Achaemenids. Its modern name is connected to the city of Shush (the ancient Susa) and means “greater than Shush”.

During the Sassanid era, Shushar was a fortified island town formed by the river Karun. The Sassanids, whose economy depended largely on agriculture, developed large irrigation systems in the region. They diverted the river Karun through large-scale civil engineering structures such as water canals, watermills and dam-bridges. One of these structures, known as the Shushtar Historical Hydraulic System, was registered in UNESCO’s list of World Cultural Heritage Sites in 2009, referred to “as a masterpiece of creative genius”. It comprises of fourteen mills and waterfalls flowing downstream from tunnels and cascading over rock cliffs.

In its present form, the Shushtar Historical Hydraulic System dates back to the 3rd century AD, but it was probably originally undertaken by Darius the Great, the Achaemenid king in the early 5th century BC.

After the defeat of Emperor Valerian who was captured with his entire army by the Sassanid ruler Shapur I in AD 260, numerous Roman soldiers were brought in to build and expand the irrigation system of Shushtar. They were also ordered to build a 500m-long dam-bridge, known today as Band-e Kaisar (“Caesar’s bridge”). The dam-bridge was used to control the powerful river Karun which raised and stabilised the water level by forming an impounding reservoir. Modelled on the Roman example, the arched superstructure was repaired in the Islamic period and remained in use until the late 19th century. It is considered today as being the easternmost Roman bridge.

For many centuries, the Shushtar multifunctional hydraulic system provided water supply to the city, operated a series of mills, irrigated vast farming zones, provided facilities for fish farming, river transport, and served as the town’s defence system. Several of these hydraulic functions are still in use. 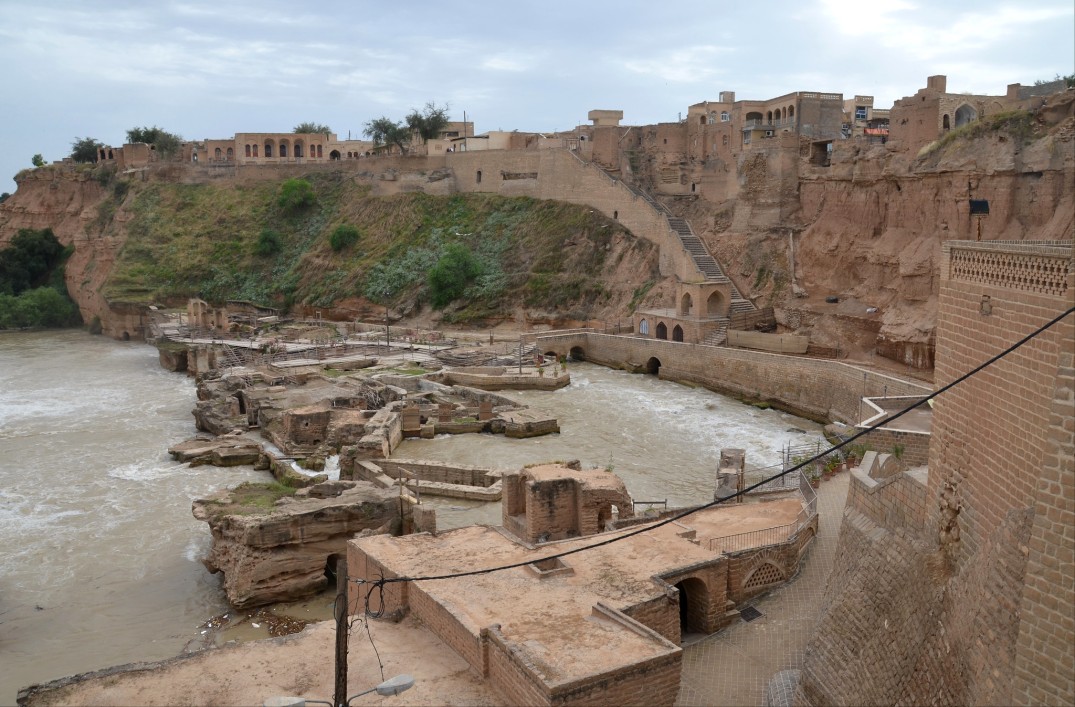