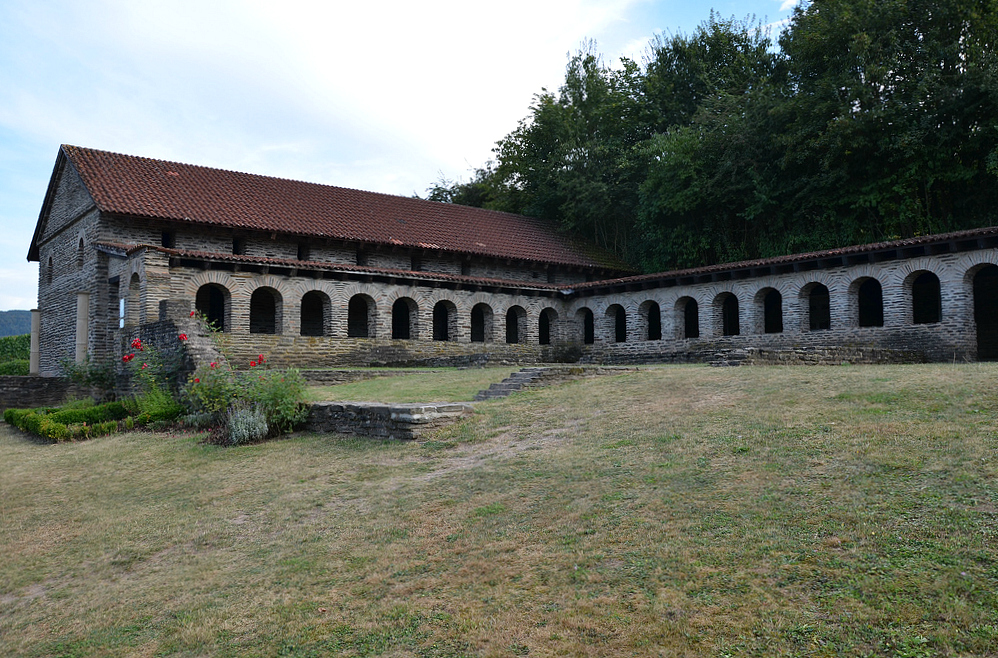 The Villa Urbana in the village of Longuich on the river Moselle is a partially reconstructed Roman villa urbana originating from the end of the 2nd century AD. It was situated on the road that connected Augusta Treverorum (Trier) and Mogontiacum (Mainz). Parts of the villa were excavated in 1984. Following the restoration to preserve the facility, portions of the villa were reconstructed.

The villa was built over a farmhouse at the end of the 2nd century AD. The complex originally measured about 28 x 110 metres. Its residential quarters were intended to serve the villa’s owner and to provide comforts similar to those of a city dwelling. These included features such as an enclosed peristyle, bathing facilities, summer and winter dining rooms, and decorative features such as wall paintings and mosaics. Today we can see the reconstruction of the left wing of the villa which housed the baths.

A stone sarcophagus of the 4th century AD was found near the villa in which the skeleton of a youthful girl lay together with grave goods. The sarcophagus is believed to have belonged to a graveyard in the immediate vicinity of the villa.

The Saarland and Moselle Valley’s ancient Roman heritage has a lot to offer to tourists and scholars alike. More than 120 antique sights along the Moselle and the Saar rivers, the Saarland and Luxembourg are testament to the Gallo-Roman era north of the Alps (further information here).