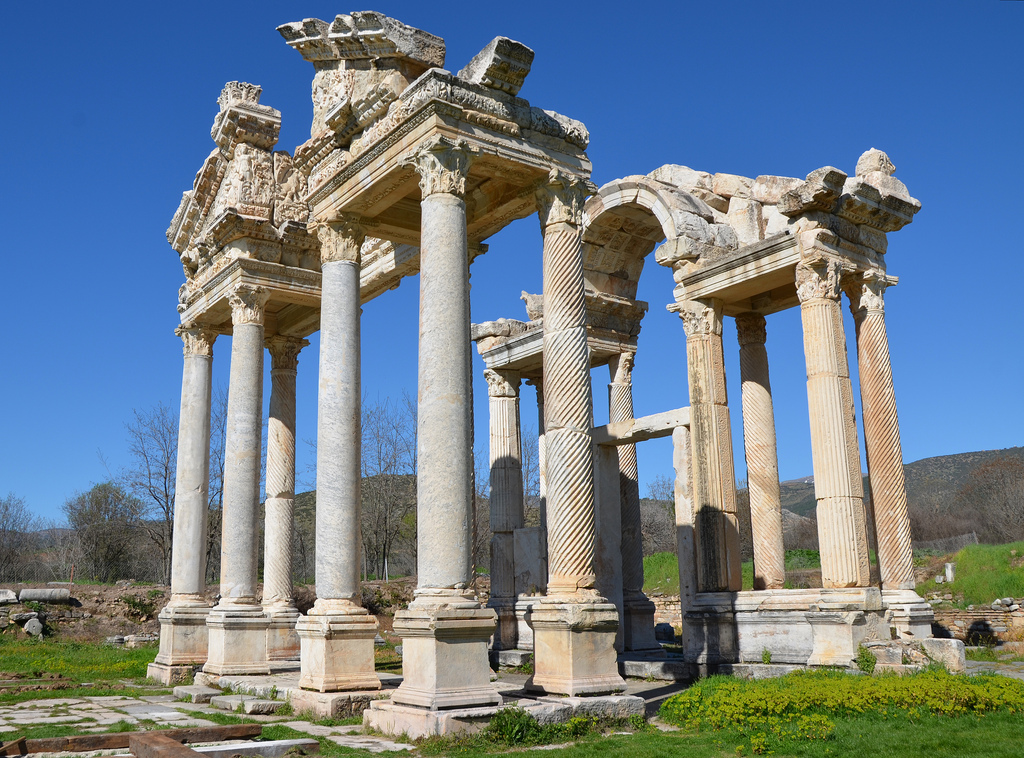 The beautiful ancient city of Aphrodisias, still partly excavated, is one of Turkey’s most important archaeological sites of the late Hellenistic and Roman periods. The town was located in Caria on a plateau 600 meters above sea level. Today its ruins lie near the village of Geyre, about 80 kilometres west of Denizli. The city was founded in the 2nd century BC on the site of an earlier shrine. It was famous for its sanctuary of Aphrodite, the city’s patron goddess, and its sculptural school, which rose to prominence under the emperor Hadrian (AD 117-138).

Aphrodisias enjoyed a long period of prosperity from the 1st century BC onwards when it came under the protection of Augustus. In the 5th century AD, it gradually faded into obscurity, later becoming the Turkish village of Geyre. The ruins that remain today reflect this wealthy past. Twentieth-century excavations have unearthed most of the major public monuments of Aphrodisias: the Temple of Aphrodite, the theatre, the large Agora with its associated bouleuterion (council house), the bath complex, the stadium and the Sebasteion, a temple complex dedicated to Aphrodite, Augustus and the Julio-Claudian dynasty.

Many statues and sculptural elements that have been unearthed during the excavations bear the signatures of Aphrodisian sculptors. They are housed in the Museum of Aphrodisias. Opened to the public in 1979, a new hall was added in 2008 to display the fascinating works that once stood on the portico of the Sebasteion. 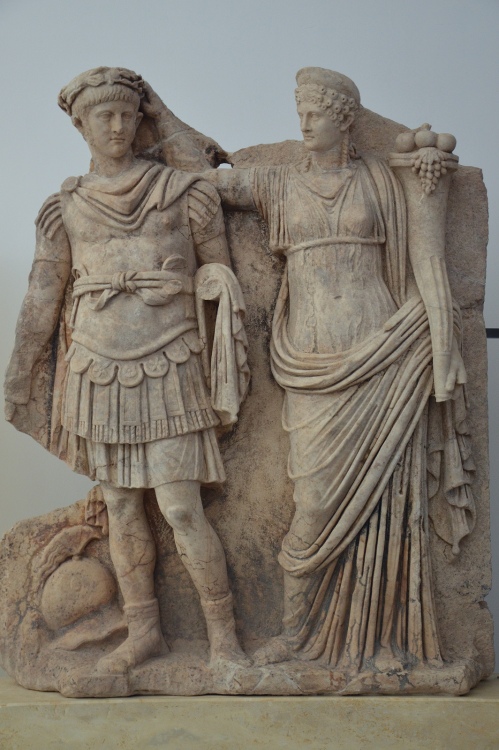 Relief from the Sebasteion depicting Nero and Agrippina (Aphrodisias Museum). 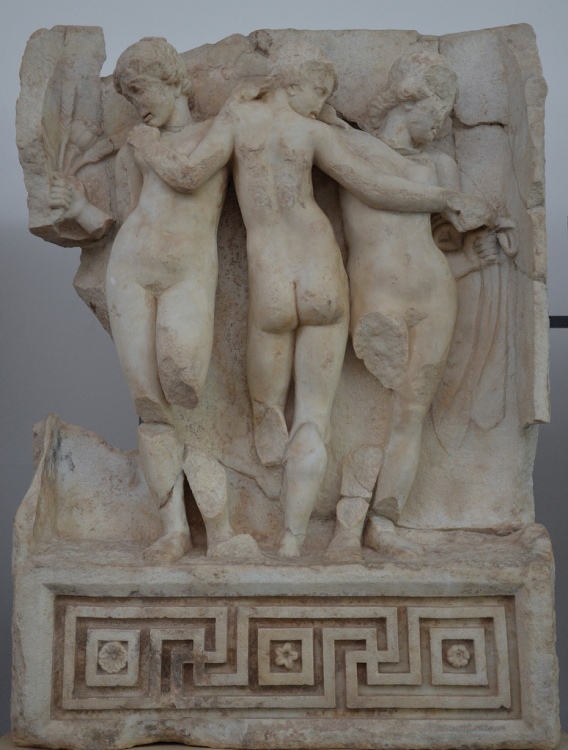 Relief from the Sebasteion depicting the Three Graces in a typical Hellenistic style (Aphrodisias Museum). 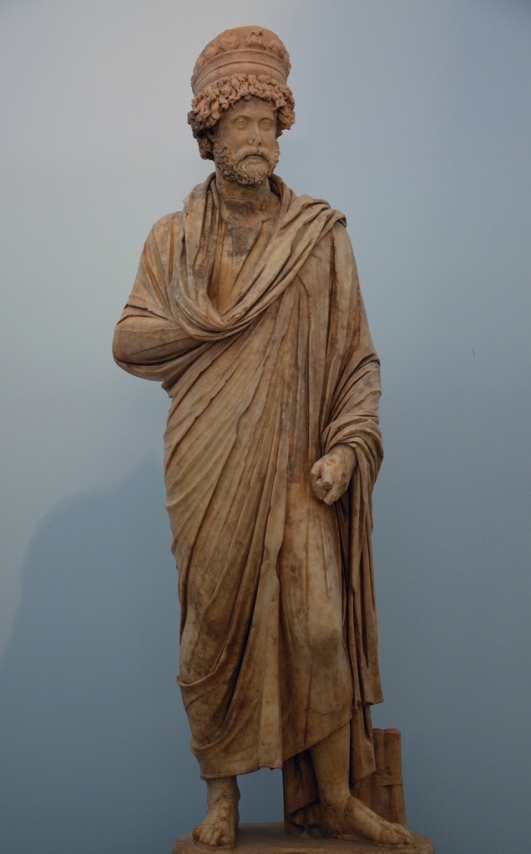 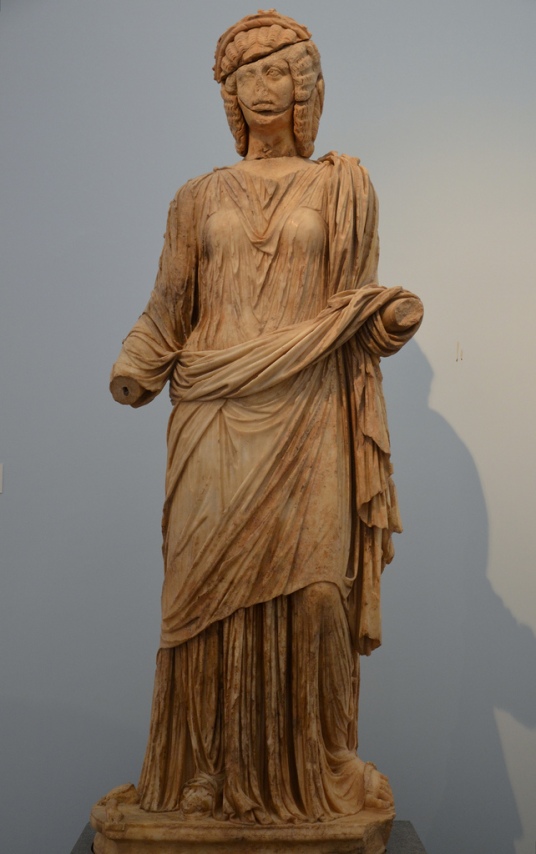