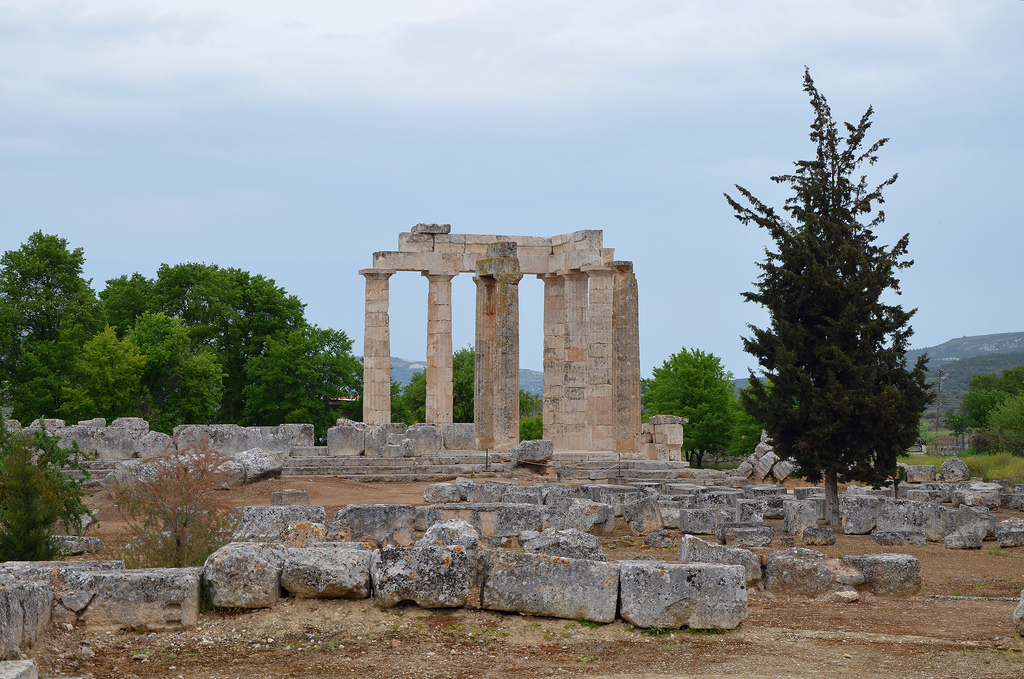 Ancient Nemea was an important site in antiquity because of the well-known myth of Heracles and the Nemean lion. In the first of its twelve labours, Heracles fought and killed the Nemean lion. In one version of the legend, Herakles established athletic games in honour of his father, Zeus. Another legend is that the games were instituted by Adrastos of Argos in honour of the infant Opheltes who was bitten by a snake and died at Nemea.

Nemea was not a city but, like Olympia, both a sanctuary to Zeus and a panhellenic games venue where the Nemean Games were held every two years. The first of the panhellenic festivals was established at Olympia in 776 BC. Delphi followed in 582 BC, then Isthmia in 580 BC and finally Nemea from 573 BC until 271 BC. The athletes competed over various distances in the stadium, and there were also competitions in boxing and wrestling. The horse and chariot races took place in the hippodrome, which has not been discovered. Following the definitive movement of the Games to Argos, the site was largely abandoned.

According to Pausanias, Hadrian restored the Winter Games at Nemea in AD 124 and presided over the horse racing of boys. Later on, during the 5th and 6th centuries AD, early Christians gathered within the area of Nemea and established an agricultural settlement. The foundations of an early Christian Basilica are still visible today, approximately 100 meters south of the Temple of Zeus.

The ancient stadion was the centre of the games and forms, with the impressive remains of the Temple of Zeus, the heart of the archaeological park. The museum covers the archaeology of the site in depth and houses, apart from interesting finds, a beautiful model of the site.

One thought on “Nemea”