Regina Turdulorum is a former Roman city located in southern Extremadura, in the province of Badajoz, just outside Casas de Reina. Pliny (Plin. Nat. 3.14) mentions this town among the ‘oppida non ignobilia’ located in Baeturia Turdulorum, the region extending from the Guadiana and Guadalquivir rivers which used to be occupied by the Turduli. The city was founded in the 1st century AD along the Roman road that ran from Augusta Emerita (now Mérida) to Corduba (now Córdoba).

Among the reasons for the founding of the city was the mineral wreath of the area as well as the control of the territory of the Turduli people. The region also had good land for cultivation and was rich in water.

In the beginning Regina was an oppidum stipendiarium (tributary), which paid tribute to Rome, but under the Flavians the city was promoted to the status of municipium and was ruled by Roman citizens. It reached the height of its splendor during this time, with the construction of various public buildings. Despite having been founded in times of prosperity, archaeological research studies show that Regina was a walled city of significant proportions, and was flanked by defensive towers. Within the walls, streets crossing at right angles and flanked by porticoes, delimited the blocks or insulae of the monumental centre of the town, with the cardo and the decumanus crossing the forum.

The city’s buildings included houses, several religious temples and civic buildings, as well as an extensive sewage system and, at least, two necropolis. The first archaeological exactions took place in the 1970s when the remains of the small theatre was unearthed. The theatre, built in the age of the Flavian emperors, is quite small (diameter 55 m, wall of the scaena 38 m long) and could accommodate an audience of about 1000 people. Today it is one of the four venues in Extremadura hosting plays during Mérida’s Classic Theatre Festival which takes place in summer. In 2008, a marble Head of Trajan was discovered inside a well located in the forum (see image here). 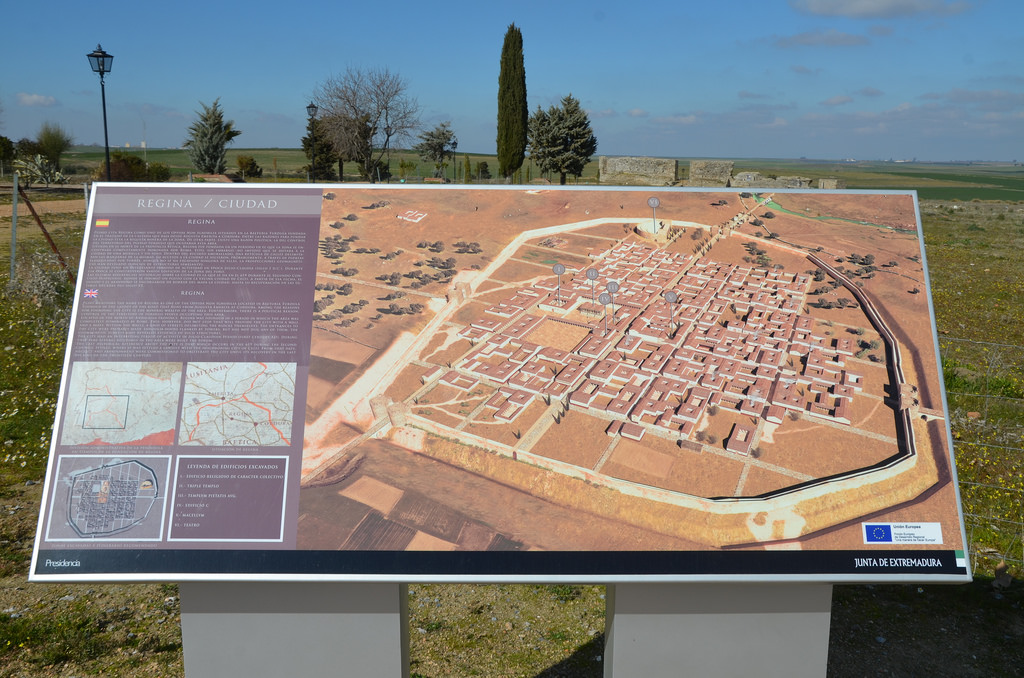 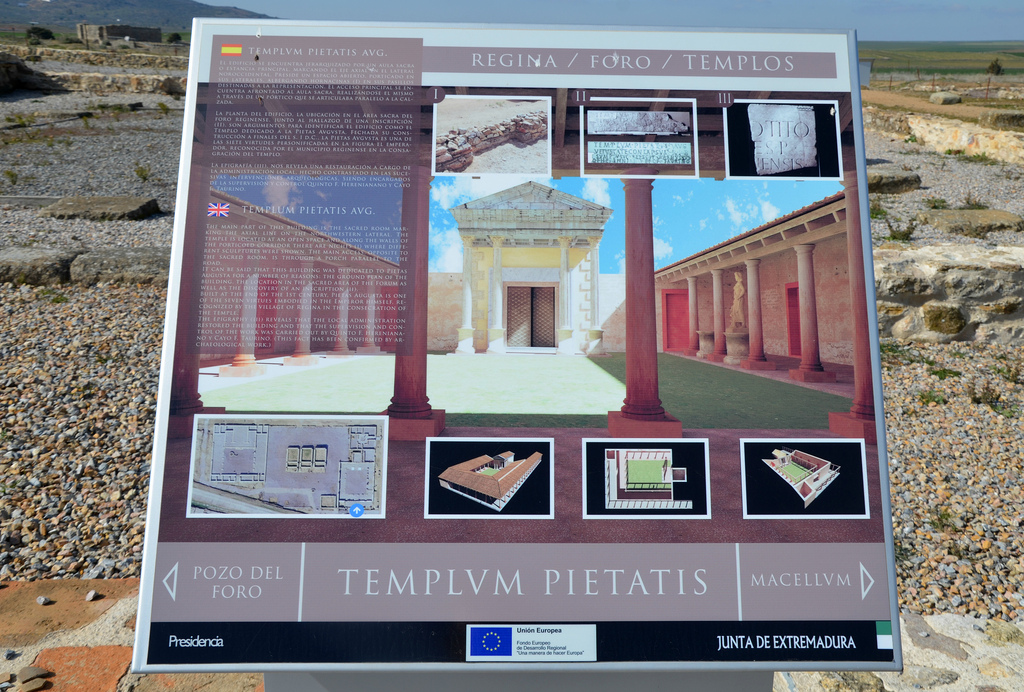 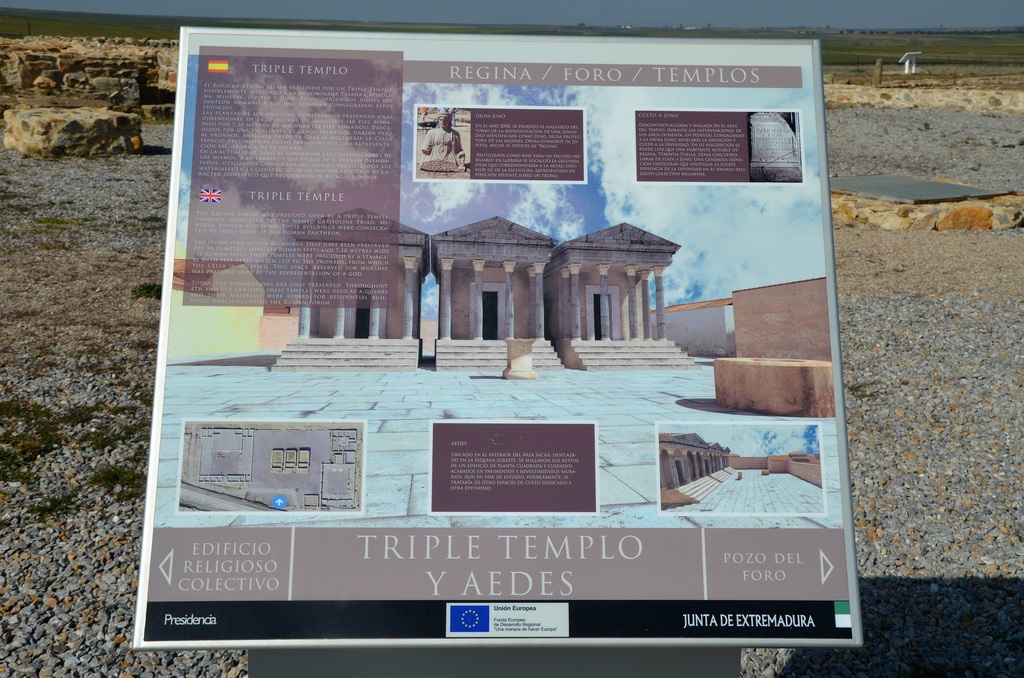