The imposing and impressive ruins of the Roman town Ulpia Oescus are located near the village of Gigen in northern Bulgaria, at the confluence of the Iskar river and the Danube. The town was established in AD 106 in the province of Moesia Inferior and was granted the status of a colony by Emperor Trajan in honour of his victory over the Dacians. Ulpia Oescus was built on the former camp of the Fifth Macedonian legion which was positioned here with a canabae (civilian settlement) in late-Augustan times.

In the 1st century AD, Oescus was an important military post that protected the Danube Limes road to Trimontium (modern-day Plovdiv). It was at this time that the Romans began to build a strong defensive system of fortresses on its northern border to protect them from attacks of barbarian tribes. Oescus thus became a main military point and the camp of two Roman legions, the Legio IV Scythica and the Legio V Macedonica which maintained its permanent military encampment at this site until 101 AD.

The early military camp of the 1st century is now localized precisely under the ruins of the colony built over the subsequent century. The epigraphic monuments of veterans of the necropolis of Oescus also provide information about the early military camp, the canabae and the presumed vicus. In AD 96, the later emperor Hadrian served the fifth Macedonian legion as tribunus militum in Oescus.

After his victory over the Dacian tribes, Trajan turned the military camp into a town centre and directly elevated it to a colonia, the highest rank of provincial government. The name of the colony – Colonia Ulpia Oescensium – is mentioned for the first time in an inscription from the time of Hadrian.

Ulpia Oescus flourished in the 2nd-3rd century AD as a major city in the Roman province of Moesia Inferior during the times of the Antonines (r. AD 117-192) and the Severans (r. AD 193-235) dynasties. The town had a typical Roman urban planning with a rectangular shape and streets oriented east-west and north-south and covered an area of about 28 hectares. The streets were covered with stone slabs under which laid a water supply system and sewage channels. About one-third of the city was occupied by public buildings and the rest by workshops and houses. At its peak, Ulpia Oescus had a population of about 100,000.

The town flourished again at the beginning of the 4th century AD during the reign of Constantine the Great when the capital of the Roman Empire was moved to Constantinople and a stone bridge was erected over the Danube (officially inaugurated on 5 July AD 328 in the presence of the emperor) between Sucidava (present-day Romania) and Oescus. The town was partly destroyed in the 5th century AD by the Huns, and rebuilt under Justinian in an attempt to re-establish Oescus as the stronghold of the Danube defence system. However, all the efforts were stopped in late AD 585 and early 586 by the invasion of the Avars.

The archaeological excavations have revealed the city’s forum, the temples of the Roman deities from the Capitoline Triad –Jupiter, Juno, and Minerva- (built in AD 125 during the reign of Hadrian), a large basilica (built in AD 135), thermae, and other public buildings. In 1948, the mosaic known as “The Achaeans” was discovered. It is currently on display, along with many other of the site’s artefacts, at the Pleven Regional Historical Museum. Other artefacts from the site, such as a statue of the goddess Fortuna, are on view at the National Archaeological Museum in Sofia. Most of the inscriptions and monuments belong to the 2d century AD and give evidence of people coming from Asia Minor and from the province of Gaul, the establishment of the city, and numerous religious cults including Mithras. 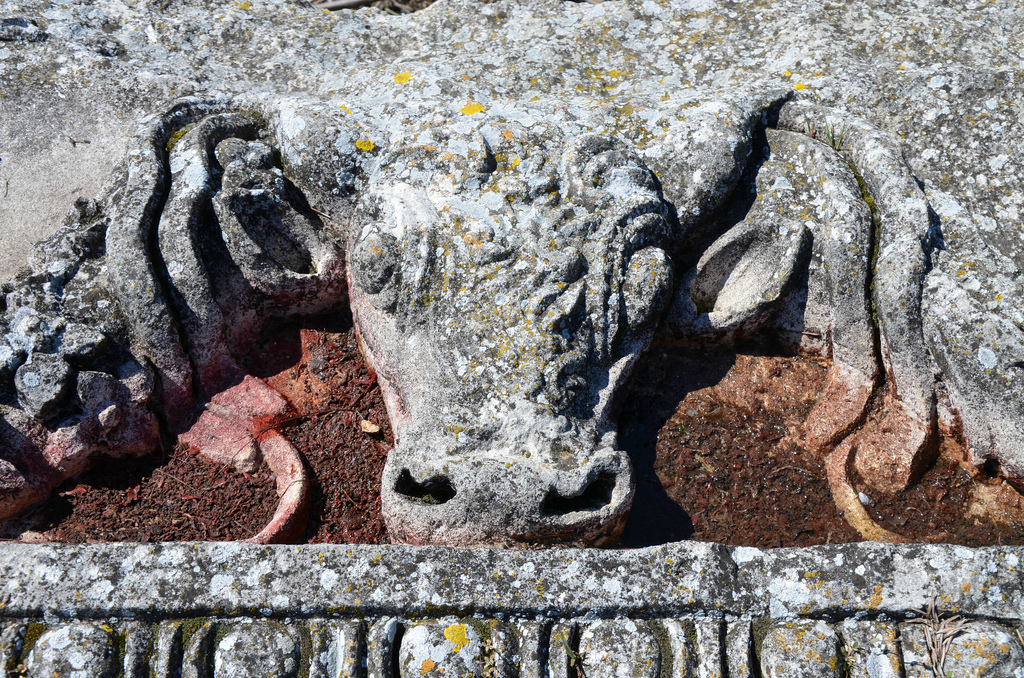